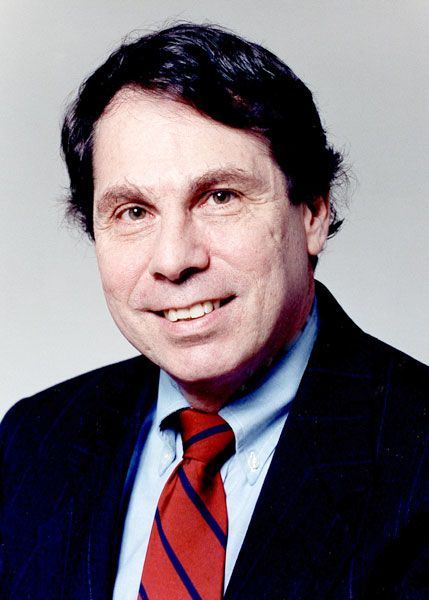 It is with great sadness that we announce the death of our close friend and former editor-in-chief of The American Journal of Managed Care® (AJMC®), J. Sanford Schwartz, MD. Sandy, as we affectionately knew him, was the Leon Hess Professor of Medicine, Health Management, and Economics at the School of Medicine and the Wharton School of the University of Pennsylvania. Penn was Sandy’s academic home for 5 decades, where he held several important positions, including director of the Leonard Davis Institute for Health Economics from 1989 to 1998 and codirector of Penn’s Robert Wood Johnson Clinical Scholars Program. Sandy was an active member of several national organizations including the National Academy of Medicine, where he served as vice chair and council member, and the Society of Medical Decision Making, where he served as president. Sandy was AJMC®’s editor-in-chief between 1995 and 2002, a time during which the journal’s reach and international reputation increased dramatically.

Being a mentor was one of the highlights of Sandy’s career. Known for his accessibility (Mark wrote his first academic abstract in Sandy and his wife Sue’s bedroom), Sandy shared his talents with hundreds of students, researchers, and clinicians—young and old. As Faculty Director of Ware House, Sandy and Sue offered prospective students a place to stay when they visited campus and created a home away from home for many undergraduates, hosting Passover Seders and Thanksgiving dinners at their house and providing guidance to countless students as they transitioned to college and then on to postcollege life. Sandy reveled in watching his trainees grow their own national reputations in academia, the private sector, and public service. He may have been just as likely to drive you to the airport as to comment on your research methods. It was his characteristic candor and good humor, and his own method to guiding students and researchers toward excellence, that made Sandy special. Over the years, he received numerous recognitions and awards including the Christian R. and Mary F. Lindback Award for Distinguished Teaching—the University of Pennsylvania’s highest teaching award—and the Distinguished Graduate Award from Penn’s Perelman School of Medicine. And he did all this while hardly ever wearing a sport coat and necktie.

Sandy inspired all who came in contact with him to become better people. He left an indelible impression on students and peers alike—including the two of us—not only as a clinician and researcher, but as a mentor and friend. He will be dearly missed.